The researchers made the microscopic radios out of carbon nanotubes -- tiny strands of carbon atoms -- and say in theory they could lead to faster devices. They overcame a series of obstacles that have defeated efforts to make nano-radios, including getting amplification, by making their devices on quartz wafers.

"Our goal is not to make tiny radios per se, but really to develop nanotubes as a higher-performing semiconductor," said John Rogers, a professor of materials science and engineering at the University of Illinois. He said the devices are meant to showcase a new way of making carbon nanotubes in perfectly aligned rows, much like strands of silky hair that have been combed flat.

These strands are a hundred thousand times smaller than the width of a human hair, forming a thin layer of semiconductor material that can be used in electronics devices and circuits. "The radio is really a step along the path to building new platforms for electronics technology," said Rogers, whose study appears in the Proceedings of the National Academy of Sciences.

"We're interested in nanotubes not because they are small but because smallness imparts some electronic properties that are very appealing," he said. "You could make a faster device."

He said a key to the work is to gain control over what shapes the tubes take and how they are configured. The researchers make the tubes by combining carbon and heat and a catalyst on a special wafer material that makes the tubes line up in an orderly way. "There are millions of them all in these perfectly aligned arrays," Rogers said.

After they have made the arrays of tubes, he said the rest of the process is very similar to making electronics using conventional silicon chips. The researchers teamed up with radio frequency electronics engineers at Northrop Grumman Corp Electronics Systems in Linthicum, Maryland, to build and test the radios.

In one test, the researchers tuned one of the nanotube-transistor radios to a Baltimore radio station and picked up the traffic report. Rogers said the device could work better and have less distortion than some of the tiniest silicon chip technology used today. "The radio itself is not interesting," Rogers said. "But the fact that we are at a point that we can do things like a radio is a good milestone for us." (Editing by Maggie Fox and Mohammad Zargham) 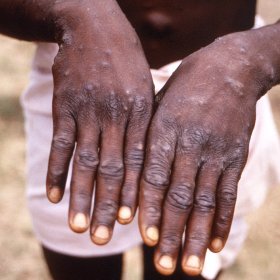 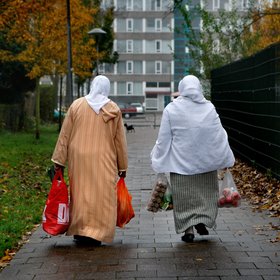