In January 2003, at the invitation of the VVD party, I became a member of parliament. I accepted the VVD’s invitation on the condition that I would be the party’s spokesman for the emancipation of women and the integration of immigrants.

What exactly did I want to achieve?

First of all I wanted to put the oppression of immigrant women -- especially Muslim women – squarely on the Dutch political agenda. Second, I wanted Holland to pay attention to the specific cultural and religious issues that were holding back many ethnic minorities, instead of always taking a one-sided approach that focused only on their socio-economic circumstances. Lastly, I wanted politicians to grasp the fact that major aspects of Islamic doctrine and tradition, as practiced today, are incompatible with the open society.

Now I have to ask myself, have I accomplished that task?

I have stumbled often in my political career. It has sometimes been frustrating and slow. However, I am completely certain that I have, in my own way, succeeded in contributing to the debate. Issues related to Islam – such as impediments to free speech; refusal of the separation of Church and State; widespread domestic violence; honor killings; the repudiation of wives; and Islam’s failure to condemn genital mutilation -- these subjects can no longer be swept under the carpet in our country’s capital. Some of the measures that this government has begun taking give me satisfaction. Many illusions of how easy it will be to establish a multicultural society have disappeared forever. We are now more realistic and more open in this debate, and I am proud to have contributed to that process.

Meanwhile, the ideas which I espouse have begun spreading to other countries. In recent years I have given speeches and attended debates in many European countries and in the United States. For months now, I have felt that I needed to make a decision: should I go on in Dutch politics, or should I now transfer my ideas to an international forum?

In the fall of 2005 I told Gerrit Zalm and Jozias van Aartsen, the leaders of the VVD, that I would not be a candidate for the parliamentary elections in 2007. I had decided to opt for a more international platform, because I wanted to contribute to the international debate on the emancipation of Muslim women and the complex relationship between Islam and the West.

Now that I am announcing that I will resign from Dutch politics, I would like to thank the members of the VVD for my years in parliament – to thank them for inviting me to stand for parliament, and -- perhaps more importantly -- for putting up with me while I was there, for this has been in many ways a rough ride for us all. I want to thank my other colleagues here in parliament for their help, although some of our debates have been sharp. (Femke Halsema, thank you especially for that!). I would also like to thank the 30,758 people who in January 2003 trusted their preference vote to a newcomer.

But why am I not remaining in parliament for my full term, until next year’s election? Why, after only three and a half years, have I decided to resign from the Lower Chamber?

It is common knowledge that threats against my life began building up ever since I first talked about Islam publicly, in the spring of 2002. Months before I even entered politics, my freedom of movement was greatly curtailed, and that became worse after Theo van Gogh was murdered in 2004. I have been obliged to move house so many times I have lost count. The direct cause for the ending of my membership in parliament is that on April 27 of this year, a Dutch court ruled that I must once again leave my home, because my neighbors filed a complaint that they could not feel safe living next to me. The Dutch government will appeal this verdict and I grateful for that, because how on earth will other people whose lives are threatened manage to find a place to stay if this verdict is allowed to rest? However, this appeal does not alter my situation: I have to leave my apartment by the end of August.

Another reason for my departure is the discussion that has arisen from a TV program, The Holy Ayaan, which was aired on May 11. This program centered on two issues: the story that I told when I was applying for asylum here in Holland, and questions about my forced marriage.

I have been very open about the fact that when I applied for asylum in the Netherlands in 1992, I did so under a false name and with a fabricated story. In 2002, I spoke on national television about the conditions of my arrival, and I said then that I fabricated a story in order to be able to receive asylum here. Since that TV program I have repeated this dozens of times, in Dutch and international media. Many times I have truthfully named my father and given my correct date of birth. (You will find a selection of these articles in the press folder). I also informed the VVD leadership and members of this fact when I was invited to stand for parliament.

I have said many times that I am not proud that I lied when I sought asylum in the Netherlands. It was wrong to do so. I did it because I felt I had no choice. I was frightened that if I simply said I was fleeing a forced marriage, I would be sent back to my family. And I was frightened that if I gave my real name, my clan would hunt me down and find me. So I chose a name that I thought I could disappear with – the real name of my grandfather, who was given the birth-name Ali. I claimed that my name was Ayaan Hirsi Ali, although I should have said it was Ayaan Hirsi Magan.

You probably are wondering, what is my real name?

Following the May 11 television broadcast, legal questions have been raised about my naturalization as a Dutch citizen. Minister Verdonk has written to me saying that my passport will be annulled, because it was issued to a person who does not hold my real name. I am not at liberty to discuss the legal issues in this case.

Now for the questions about my forced marriage. Last week’s TV program cast doubt on my credibility in that respect, and the final conclusion of the documentary is that all this is terribly complicated. Let me tell you, it’s not so complex. The allegations that I willingly married my distant cousin, and was present at the wedding ceremony, are simply untrue. This man arrived in Nairobi from Canada, asked my father for one of his five daughters, and my father gave him me. I can assure you my father is not a man who takes no for an answer. Still, I refused to attend the formal ceremony, and I was married regardless. Then, on my way to Canada -- during a stopover in Germany -- I traveled to the Netherlands and asked for asylum here. In all simplicity this is what happened, nothing more and nothing less. For those who are interested in the intimate details of my transition from a pre-modern society to a modern one, and how I came to love what the West stands for, please read my memoir, which is due to be published this fall.

To return to the present day, may I say that it is difficult to live with so many threats on your life and such a level of police protection. It is difficult to work as a parliamentarian if you have nowhere to live. All that is difficult, but not impossible. It has become impossible since last night, when Minister Verdonk informed me that she would strip me of my Dutch citizenship.

I am therefore preparing to leave Holland. But the questions for our society remain. The future of Islam in our country; the subjugation of women in Islamic culture; the integration of the many Muslims in the West: it is self-deceit to imagine that these issues will disappear.

I will continue to ask uncomfortable questions, despite the obvious resistance that they elicit. I feel that I should help other people to live in freedom, as many people have helped me. I personally have gone through a long and sometimes painful process of personal growth in this country. It began with learning to tell the truth to myself, and then the truth about myself: I strive now to also tell the truth about society as I see it.

That transition from becoming a member of a clan to becoming a citizen in an open society is what public service has come to mean for me. Only clear thinking and strong action can lead to real change, and free many people within our society from the mental cage of submission. The idea that I can contribute to their freedom, whether in the Netherlands or in another country, gives me deep satisfaction.

Ladies and Gentlemen, as of today, I resign from Parliament. I regret that I will be leaving the Netherlands, the country which has given me so many opportunities and enriched my life, but I am glad that I will be able to continue my work. I will go on. 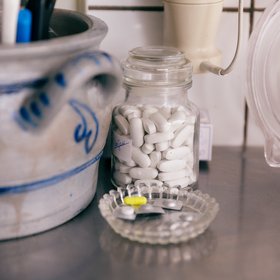 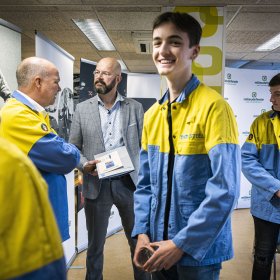