Righteous Among the Nations Department,

Mr. Shimon Peres, President of the State of Israel

Mrs. Anne Dunkelgrun-Friedman, Embassy of Israel, The Hague, The Netherlands

We, the undersigned, highly respect the honor of a person being recognized by Yad Vashem as a Righteous Among the Nations. From this perspective we would like to express our sincere and deep concern regarding the criteria presently used by Yad Vashem’s Commission for the Designation of the Righteous.

In this appeal we would like, as an example, to refer to two cases.

Case 1: the Hollebrands and Eggink families

The Award was applied for the families Hollebrands and Eggink who provided hiding for the three children (four, eight and ten years old) of the Sanders family. The Jewish parents were members of the “Vereeniging van Vrijzinnig Hervormden”, a liberal Christian denomination. The Award was denied. In an e-mail in this case to one of the undersigned, Dick Verkijk, you justify denying the Award by stating that the Yad Vashem Commission does not follow “the Nazi definition of the victim” and that it only pays “tribute to those who risked their lives to save Jews, not those who risked their lives for other purposes, such as saving other people who were victimized by the Nazi’s.” This allows only one interpretation: the Sanders children fall in the eyes of the Commission in the category “other victims”. In other words: the Hollebrands and Eggink families were not considered to have saved Jews. Consequently, they did not qualify to be recognized as a “Righteous Among the Nations”.

The fact that on September 10, 1943, the children died in the gas chamber of Auschwitz, apparently was less important to the Commission than the membership of their parents of a non-Jewish denomination. For the undersigned, the Commission’s discrimination between persecuted and murdered “Christian” Jews and “non-Christian” Jews is unacceptable. They shared the same fate and should be treated accordingly.

The Award was applied also for Jean M. Caubo. He was a member of the rescue network Dutch-Paris which saved the lives of over a thousand Dutch refugees, bringing them through many links from the Netherlands to Switzerland and Spain. About 800 of them were Jewish compatriots. Caubo was based in Paris and was responsible for guiding the refugees out of the Gare du Nord station into Paris, and providing food and shelter for their onward journey. In February 1944, he was arrested, sent to the “Nacht und Nebel-camp” Dautmergen where he died at the end of 1944.

The father and grandfather of one of the undersigned, Maarten Eliasar, were among those Jewish compatriots probably going through the hands of Mr. Caubo.

For many years the son/grandson has been trying in vain to get Mr. Caubo honored with the Yad Vashem Award. Although documents found in the files of the Dutch Ministry of Defense proved that Mr. Caubo helped Jewish compatriots while risking his life, the Commission concluded he did not qualify to be recognized because, and we quote, “[....] what is needed to Award the title of Righteous is to prove that a person acted with the purpose of rescuing Jews [....]. Mr. Caubo was acting as part of a network and [....] was helping the people that were sent to him, Jews and non-Jews alike.” The view of the Commission seems to imply that he only would have qualified if he would have refused aid to the non-Jewish refugees (members of the Dutch resistance and Allied pilots).

Also in this case, we find the Commission’s criterion unacceptable.

We urgently ask the Yad Vashem’s Commission for the Designation of the Righteous to reconsider its criteria. We quote the words spoken by Mr.Nathan Eitan when he was appointed Director-General (source: www.yadvashem.org, press release): “I feel a great obligation and responsibility alongside the challenge of helping to bring the organization into a new age.” We strongly believe that this new age also makes it necessary to review the criteria used by the organization. According to many of our compatriots, the Award has lost a great deal of its value. The only way to restore the integrity of the Award is a public statement of Yad Vashem that it considers all persecuted and murdered Jews equally, regardless whether they had a religion or not, and regardless what kind of religion they adhered to. Yad Vashem should also publicly declare that anybody who saved the lives of Jews qualifies regardless whether he or she also saved the lives of non-Jewish people.

We learned that some recipients of the Yad Vashem Award are so distressed about the Commission’s decisions that they are considering returning their Award. We strongly advised them not to do so but wait and see first what the result of this appeal will be.

We understand that the authorities of the organization need some time to reflect on our appeal, but we hope to hear from you very soon.

on behalf the undersigned (in alphabetical order):

Although by sending our Appeal we only asked people to sign it, quite a few of them could not withstand to write also about their feelings related to the reasoning of the Commission's decisions. We have added a few of these comments as “Cries from the heart”, sent to all recipients of this appeal by separate mail and as attachment to this appeal.

Aerssen, Hans van; Amsterdam; relative of Holocaust victims and of survivor by hiding.

Aerssen, Wilhelmine van; Amsterdam; relative of Holocaust victims and of survivor by hiding.

Braat, B.; Alphen aan den Rijn; survived in hiding with the Seubring family.

Eliasar, Maarten; Amsterdam; grandson of Holocaust victim; son of survivor through Dutch-Paris; Advisory Board member, the John Henry Weidner Foundation for the Cultivation of the Altruistic Spirit.

Eliasar, Ursula; Amsterdam; daughter of survivor by hiding; relative of Holocaust victims and a few survivors.

Godschalk, Louis; Israel; survived in hiding; rescuers received a “plant a tree ceremony” at Yad Vashem and the honorary citizenship of the State of Israel.

Hamburger, Dr. A.D.; Jerusalem, Israel; survived in hiding; survived Bergen-Belsen and Theresiënstadt as one of the “group unknown children” (Gruppe Unbekannte Kinder) in the last transport that left camp Westerbork on September 13, 1944.

Langhout, Marcella; Damwoude; daughter of Dutch-Paris participant. Advisory Board member, the John Henry Weidner Foundation for the Cultivation of the Altruistic Spirit.

Peeters, Ankie; Wassenaar; playmate of the Sanders children who were their neighbours at the time.

Perath (voorheen Premsela), Ithamar; Harei Yehuda, Israel; relative of many Holocaust victims; translated several memoirs of survivors, today in Israel, who owe their lives to the help of non-Jewish Hollanders.

Peters van den Bergh, Vita; Zutphen; survived in hiding, as did her brothers, sister and parents. 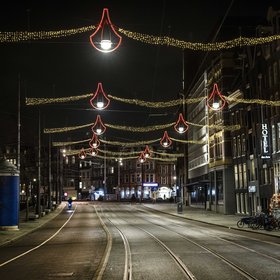 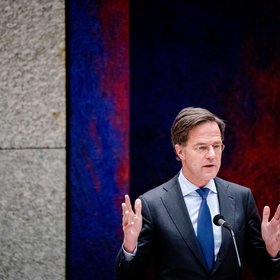 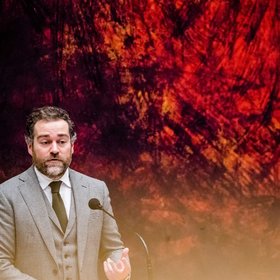