1. Dear Brothers and Sisters of the Church in Ireland, it is with great concern that I write to you as Pastor of the universal Church. Like yourselves, I have been deeply disturbed by the information which has come to light regarding the abuse of children and vulnerable young people by members of the Church in Ireland, particularly by priests and religious. I can only share in the dismay and the sense of betrayal that so many of you have experienced on learning of these sinful and criminal acts and the way Church authorities in Ireland dealt with them.

As you know, I recently invited the Irish bishops to a meeting here in Rome to give an account of their handling of these matters in the past and to outline the steps they have taken to respond to this grave situation. Together with senior officials of the Roman Curia, I listened to what they had to say, both individually and as a group, as they offered an analysis of mistakes made and lessons learned, and a description of the programmes and protocols now in place. Our discussions were frank and constructive. I am confident that, as a result, the bishops will now be in a stronger position to carry forward the work of repairing past injustices and confronting the broader issues associated with the abuse of minors in a way consonant with the demands of justice and the teachings of the Gospel.

2. For my part, considering the gravity of these offences, and the often inadequate response to them on the part of the ecclesiastical authorities in your country, I have decided to write this Pastoral Letter to express my closeness to you and to propose a path of healing, renewal and reparation.

It is true, as many in your country have pointed out, that the problem of child abuse is peculiar neither to Ireland nor to the Church. Nevertheless, the task you now face is to address the problem of abuse that has occurred within the Irish Catholic community, and to do so with courage and determination. No one imagines that this painful situation will be resolved swiftly. Real progress has been made, yet much more remains to be done. Perseverance and prayer are needed, with great trust in the healing power of God’s grace.

At the same time, I must also express my conviction that, in order to recover from this grievous wound, the Church in Ireland must first acknowledge before the Lord and before others the serious sins committed against defenceless children. Such an acknowledgement, accompanied by sincere sorrow for the damage caused to these victims and their families, must lead to a concerted effort to ensure the protection of children from similar crimes in the future.

As you take up the challenges of this hour, I ask you to remember “the rock from which you were hewn” (Is 51:1). Reflect upon the generous, often heroic, contributions made by past generations of Irish men and women to the Church and to humanity as a whole, and let this provide the impetus for honest self-examination and a committed programme of ecclesial and individual renewal. It is my prayer that, assisted by the intercession of her many saints and purified through penance, the Church in Ireland will overcome the present crisis and become once more a convincing witness to the truth and the goodness of Almighty God, made manifest in his Son Jesus Christ.

3. Historically, the Catholics of Ireland have proved an enormous force for good at home and abroad. Celtic monks like Saint Columbanus spread the Gospel in Western Europe and laid the foundations of medieval monastic culture. The ideals of holiness, charity and transcendent wisdom born of the Christian faith found expression in the building of churches and monasteries and the establishment of schools, libraries and hospitals, all of which helped to consolidate the spiritual identity of Europe. Those Irish missionaries drew their strength and inspiration from the firm faith, strong leadership and upright morals of the Church in their native land.

From the sixteenth century on, Catholics in Ireland endured a long period of persecution, during which they struggled to keep the flame of faith alive in dangerous and difficult circumstances. Saint Oliver Plunkett, the martyred Archbishop of Armagh, is the most famous example of a host of courageous sons and daughters of Ireland who were willing to lay down their lives out of fidelity to the Gospel. After Catholic Emancipation, the Church was free to grow once more. Families and countless individuals who had preserved the faith in times of trial became the catalyst for the great resurgence of Irish Catholicism in the nineteenth century. The Church provided education, especially for the poor, and this was to make a major contribution to Irish society. Among the fruits of the new Catholic schools was a rise in vocations: generations of missionary priests, sisters and brothers left their homeland to serve in every continent, especially in the English-speaking world. They were remarkable not only for their great numbers, but for the strength of their faith and the steadfastness of their pastoral commitment. Many dioceses, especially in Africa, America and Australia, benefited from the presence of Irish clergy and religious who preached the Gospel and established parishes, schools and universities, clinics and hospitals that served both Catholics and the community at large, with particular attention to the needs of the poor.

In almost every family in Ireland, there has been someone – a son or a daughter, an aunt or an uncle – who has given his or her life to the Church. Irish families rightly esteem and cherish their loved ones who have dedicated their lives to Christ, sharing the gift of faith with others, and putting that faith into action in loving service of God and neighbour. 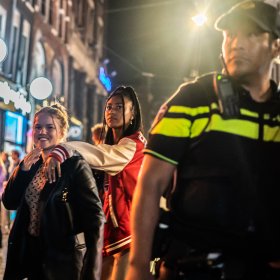 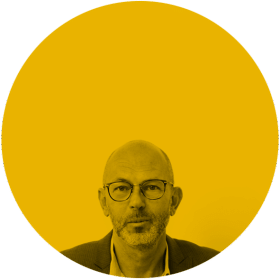