There are two camps in the debate on whether or not to ban the Koran film 'Fitna' by Geert Wilders. The principled regard freedom of speech as a fundamental right in the liberal democratic rule of law. Regardless of nature, content, and tone everybody must be allowed to say, write, or film whatever they want. If the statements cause offence, incite hatred or call for violence, criminal action can be taken. However, this is always after the fact. The ban on censorship is absolute. On the other side is the pragmatic camp. This camp also sees free speech as an important good, but not at any price. If free speech means that other rights are violated, then freedom of speech should be limited. If the choice is one between public safety and the right of expression, then the collective interest prevails over individual interest.

This is the point of view defended by defence specialist Rob de Wijk in the dutch daily newspaper Trouw. The five prominent Muslims who urged Dutch prime minister Balkenende to curb Wilders in another newspaper, NRC Handelsblad, used the same line of reasoning. Iran's request to the Dutch government to ban Wilders' film falls under the same category; according to the Iranians the film could lead to 'social unrest' because it violates the rights of Muslims for whom the Koran is a sacred book.

In the meantime the Dutch government is in a politically impossible position, unlike Wilders who has created a win-win situation. Wilders would consider the banning of his film by the Dutch government proof that the Netherlands is giving in to Islam. If the film does air and riots break out, this will prove Wilders' position that Islam is an intolerant religion. Is there a way out of this dilemma?

A more fundamental discussion of the foundations of freedom of expression may be useful. One of the most ardent pleas for freedom of expression is found in 'On Liberty' (1859) by British philosopher John Stuart Mill. The beginning of chapter two immediately sets the tone: "If all mankind minus one were of one opinion, and only one person were of the contrary opinion, mankind would be no more justified in silencing that one person than he, if he had the power, would be justified in silencing mankind. [...] But the peculiar evil of silencing the expression of an opinion is, that it is robbing the human race; posterity as well as the existing generation; those who dissent from the opinion, still more than those who hold it."

According to Mill history shows that especially people who claimed to speak or act in the name of truth, later proved to have erred. Modesty is called for, particularly regarding the truth. Criticism benefits the truth. This is the basis of the entire principle of scientific progress.

The case of Wilders is not so much about the truth in a scientific sense, but rather about religion. Religion rests on faith, so one could say that by definition finding the truth does not play a role. However, religion itself teaches that the issue nevertheless is one of truth. And this 'truth of faith' is as fallible as any other truth, according to Mill. The possibility that criticism of religion can contribute to more understanding is in itself sufficient reason to allow, not ban it.

The rest of Mill's argument is very modern: he argues that his contemporaries apparently are not particularly convinced of the truth of their opinions. They therefore no longer base the right to protect a (religious) opinion on the truth, but rather on its utility for society. In their view it can sometimes be useful to prohibit criticism of generally accepted (religious) beliefs – not for truth's sake, but for the sake of peace. In that case the government appeals to the general interest of public order.

Applying this to Wilders' film: the criticism of religion expressed in this film may be true or justifiable, but as the government we do not find this relevant. The key issue is whether this criticism is useful for society as a whole. If it is harmful rather than useful, we must prohibit it. According to Mill this reasoning only shifts the problem. The government is not infallible as regards the truth, nor with regard to the question of whether something is useful or harmful to society. "The usefulness of an opinion is itself matter of opinion: as disputable, as open to discussion and requiring discussion as much, as the opinion itself." Usefulness or harm to society must therefore not be taken into account.

Even if you are thoroughly convinced of the "pernicious consequences", the "immorality" or "impiety" of an opinion, and the public at large agrees with you, the opinion in question must still be allowed, according to Mill. Indeed, especially then. For under those circumstances the risk of making mistakes and creating victims is greatest. And thus the general interest, impiety or immorality can never be arguments to prohibit the expression of an opinion.

Can "the tone" of an opinion be an argument? Should opinions only be expressed in a "temperate" manner? Mill states it is impossible to define boundaries here. Say the criterion is that one may not give offence. This criterion would not offer a solution, as a persuasive and powerful verbal attack will almost always be regarded as offensive and unreasonable.

But Mill saw an even more fundamental objection. According to him the way in which an opinion is defended may indeed be reprehensible. However, the problem is that a ban against offensive statements is almost always used for people who oppose established opinions. You are free to rail and express intolerance against supporters of the minority view, because you know you have the sympathy of the (silent) majority. The individual, however, must fear for his safety should he resort to the same action, exactly because he lacks the support of public opinion. (Take for example the demonization of Pim Fortuijn, and its fatal consequences.) The tone in which an opinion is expressed should therefore not be used as a reason for a ban either.

Does this mean that there are no limitations on freedom of expression in Mill's view? No it does not. Mill makes one reservation. If circumstances are such that the aired opinions lead to criminal acts, then even opinions are no longer sacrosanct. Mill presents the example of the corn dealers. Newspapers must be allowed to write that corn dealers starve the poor. But as soon as you express this view directly to an angry mob outside the home of the corn dealer, you must be punished. And then Mill formulates his criterion: acts that cause harm to others without legitimate reasons can and must be limited, if necessary through active intervention.

The problem with the Wilders film is that we do not know whether the situation of the corn dealer applies. All scenarios of demonstrations, rioting, people being injured or killed are highly speculative. A further complicating factor is that at this moment the national and international contexts are all confused. However, the possibility of negative consequences cannot be an argument to suspend fundamental rights: that would mean putting a premium on creating an atmosphere of fear and terror. Especially not in the wake of threatening words from abroad – see the speech by the Grand Mufti of Syria who held out the prospect of bloodshed.

Only when there are concrete indications that public order in the Netherlands will be disturbed and there is insufficient police force to control the situation (situation of administrative force majeure), can basic rights be temporarily suspended. Since this is impossible to demonstrate in this case, the film should not be banned.

On the other hand it is of the utmost importance that the Dutch prime minister Balkenende publicly declares that airing unacceptable opinions is also part of an essential principle of the democratic rule of law. And that in an open society this principle must be defended at all times. That at the same time Muslims will be protected by the Dutch state under any circumstances. And that they in turn can use their constitutional rights to verbally combat Wilders in all possible ways. A self-confident reply from Muslims based on arguments, pointing out his sophisms and false comparisons, can also reduce his project to normal proportions: a twelve-minute film about the Koran. 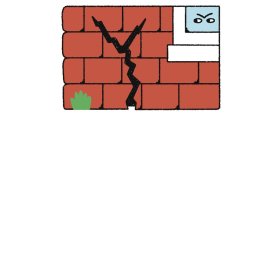 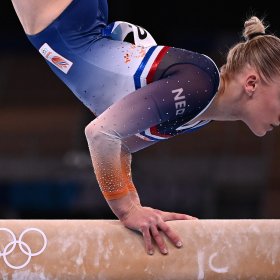