The researchers looked at six different studies of happiness and life outcomes to investigate the optimum level of happiness. One study, the World Values Survey, which included nearly 120,000 people from 96 countries, found that those who were moderately happy, rating their life satisfaction at 8 or 9 out of 10, made more money than those who rated their satisfaction level at 10. However, 10s and 9s were more likely to have stable intimate relationships.

Another study found that the happiest college students were also the most social, but they had lower grade-point averages than their slightly less happy peers.

In four studies that looked at individuals' well-being several years after their happiness level was initially assessed, the happiest people wound up with less education and lower incomes than the moderately happy individuals.

While the current study didn't look at happiness and health, Diener noted in an interview, other research has shown that the happiest people may not live as long as moderately happy individuals.

Extremely happy people may be less likely to follow-up on health concerns, he suggested. It's also possible, he said, that being in an "aroused," extremely happy state can take a toll on one's cardiovascular system. People for whom extreme happiness is a goal may also be thrill-seeking risk takers.

As far as achievement goes, Diener said, extremely happy people may be more satisfied with their lot in life and less likely to make efforts to change it by getting more education or finding a new job.

"Maybe we're not built to be ecstatic all the time, maybe we need some negative emotions," said Diener. But this isn't to say, he added, that it's a good thing to be unhappy. "If you're a 4 you probably ought to get help," he suggests. "If you're an 8...maybe that's good enough, you don't need to take Prozac." 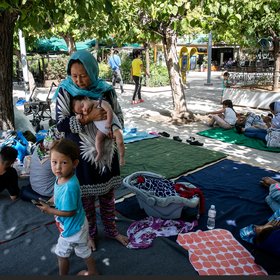